What is VR, AR, MR and XR? | Austella
close
close 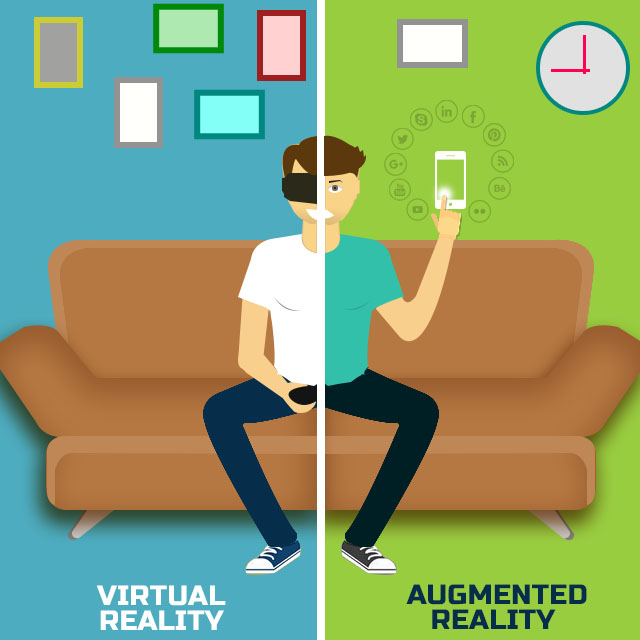 VR? AR? MR? XR? Unless you’re familiar with the world of immersive technology then you’re probably feeling confused. But don’t worry because we’re here with a simple, jargon-free guide to help you understand what all these acronyms mean and how each can be used to engage audiences across a diverse range of applications.

What is Virtual Reality (VR)?

Virtual reality is the umbrella term for a wide range of artificial, computer-generated immersive experiences. Virtual reality immerses the user by simulating a physical presence in the real or imagined world and allowing the user to interact with that world.

Even if you’ve not experienced virtual reality yourself, the chances are you’ve seen people wearing head-mounted displays move around in a bizarre looking fashion as they interact with another world.

VR in practice: Virtual reality is often used to enhance an imaginary reality such as a computer game or 3D film or to replicate real-life environments such as flight simulators. However, the ways virtual reality is being used has expanded massively over the last few years.

What is Augmented Reality (AR)?

That’s the first of our acronyms resolved, now onto the next. Augmented reality is a technology that uses computer-generated enhancements to improve our ability to interact with things that already exist. Think of VR as the digital recreation of a real-life or purely synthetic setting, while AR is the delivery of virtual elements that supplement the real world. That could be in the form of sound, graphics, video or GPS data.

AR in practice: Perhaps the most well-known augmented reality application in recent years was the Pokémon Go game, which implanted digital enhancements into the actual surrounds. Weather forecasting is another common use, with AR used to seamlessly integrate animated imagery such as rain clouds onto weather maps.

What is Mixed Reality (MR)?

Mixed reality, also referred to as hybrid reality, is the merging of the real and virtual worlds, combining elements of AR and VR to create new environments and visualisations where physical and digital objects co-exist and interact. A characteristic of mixed reality is the ability for synthetic and real-world content to react to each other in real-time.

MR in practice: At the moment, MR is only just starting to take off, with Microsoft’s HoloLens one of the most notable examples. The HoloLens is a holographic computer built into a headset that lets the user see, hear and interact with holograms within a real-life environment. Potential applications include medical imaging, interior design and data analysis.

What is Extended Reality (XR)?

This is the easy one. Extended reality refers to any kind of real or virtual environment generated by computer graphics. That means VR, AR and MR are all examples of XR, as will be any other realities which are created in the future. An alternative name for extended reality is immersive technology.

So now you know!

Extended reality is disrupting the news media, film, computer games, healthcare, news media and marketing industries to name but a few. Understanding the difference between each of these acronyms is the first step to recognising the value these technologies could add to your campaigns.

Take a look at our services to learn more about and please do not hesitate to get in touch if you’d like to know more.