There’s no escaping it…we’ve got to talk about Sim Sickness! | Austella
close
close 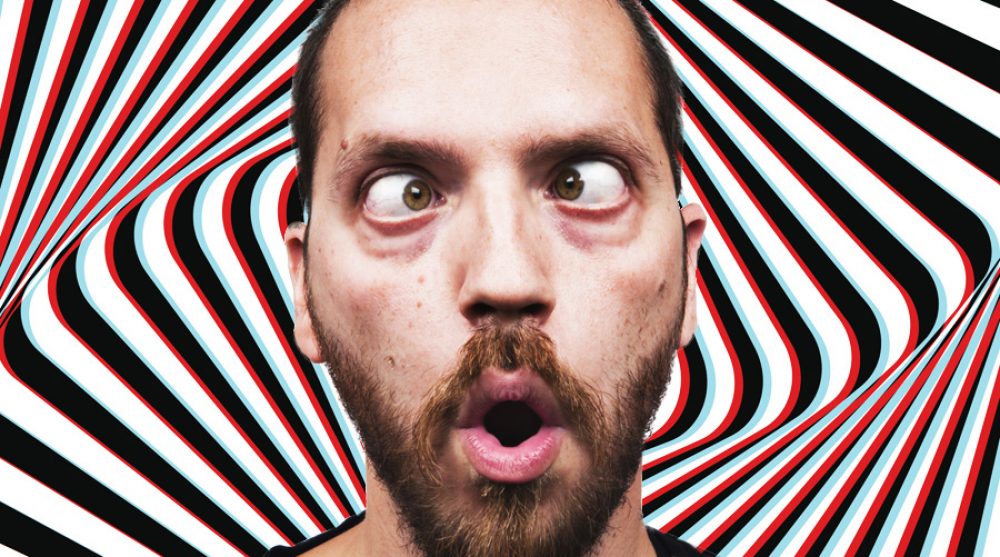 There’s no escaping it…we’ve got to talk about Sim Sickness!

If you’re looking to create a VR experience, you’ve no doubt come across the term “Sim sickness” in your research. Simulator sickness to give it it’s full name has been the Achilles heel of VR for many years and presents significant challenges for virtual content creators. VR Developers like ourselves have spent years understanding the condition and employing a range of techniques to counter it and in this blog we explore some of those techniques.

So what causes motion sickness, why does our body feel the need to vomit?

It all harks back to our hunter-gatherer ancestry, ‘yeah I’ve heard that excuse before’ I hear you say. Back to a time when a large part of your diet was foraged berries, a small part of the brain called the area postrema was your best friend when defending against poisoning. Back then, if there was a mismatch between the visual data your body received and the data received from the vestibular system (the sensory system that provides information relating to balance, orientation and movement), the body assumed you were hallucinating and therefore had ingested a poisonous substance. Your body’s defence system kicked in and ejected that poison as quick as possible!

Sim sickness is a subset of motion sickness and again the symptom is a feeling of dizziness caused by a disconnect between your visual stimuli and the movement your body feels…the body relying on evolutionary-perfected biological processes again believes you to be poisoned and takes steps to eject it!

In other words, sim sickness is the result of our body’s slow pace of evolution versus our brains extraordinary capacity to understand and augment the world around us.

Enough of the biology lesson, what can we do about it?

Well sadly, we can’t completely eradicate sim sickness, there will always be a small percentage of the population that is predisposed to the condition. On our travels around various VR exhibitions, we’ve personally witnessed around 5,000 people try our experiences and we are tracking around 1% of people that cannot continue the experience beyond the first 30 seconds. We always ask the question “Are you a person who suffers from severe travel sickness when taking a car journey” and in almost all cases the answer is yes.

This shouldn’t put you off creating a VR experience but it should prompt you to find a development partner who is well versed in minimising the effects.

The VR industry is understandably seeing huge growth, as with all growth industries there are the innovators and early adopters and a few years later, the early majority. Sadly, there are no shortcuts when developing in VR. Successful VR studios today are those that have been experimenting, making themselves sick, iterating and learning over a number of years. There’s no substitute for experience.

The challenges around sim sickness can be boiled down to roughly three areas – hardware, software and the users.

With significant investment from industry heavyweights such as Sony, Apple, Google, Samsung, HTC and FaceBook, it’s perhaps not surprising to see the rapid evolution of hardware over the past few years. Improvements to optics, tracking sensors, resolution, response time and field of view, all contribute to lessening the negative effects of sim sickness. Clearly technology will continue apace over the coming years and possibly the most impactful development will be the increased ability to conduct complete body tracking, enabling all real life movement to be mapped in the virtual world.

This is the one aspect that as developers we cannot control. As previously mentioned, some people are naturally more susceptible to motion sickness. In addition, if the user is feeling under the weather, has had a lack of sleep or has alcohol in their system (including the after effects of a heavy night!) – this can all increase the likelihood of sim sickness.

Great strides have been made by the early pioneers in VR development – some valuable lessons have been learnt and a solutions found that decrease the effects of sim sickness:

The idea is to ground the user with a static object, be that a cockpit, cabin, a graphical UI or a virtual nose. Static elements in the environment help to reassure the brain that it’s fine that the body is not feeling movement.

It’s an obvious point, but minimising rapid changes in direction, reducing acceleration and ensuring all uncontrolled movement (e.g. a collision) is accompanied with a clear warning, all help reduce sim sickness. Secondly, the movement of the virtual avatar should be mirrored where possible to the physical body. When we started touring with Radial-G, we suffered as a result of a number of early VR demos where the avatar was walking around (versus seated  in the physical world), this inevitably made the user queasy. They would take one look at Radial-G (a fast-paced sci-fi racer) and assume this would induce a worse affect! There is a reason Oculus limited the number of launch titles for their headset – they (and indeed the industry) needed experiences that didn’t induce sim sickness if consumers were to further invest in the technology.

This is where our VR coders really earn their money. The brain is very good at subconsciously detecting differences in frame rate. As a video gamer, I accept on occasion those annoying times when a particularly busy scene causes the game to stutter, this is unacceptable in VR as it triggers the aforementioned disconnect between visual and vestibular systems. Ideally in VR you need to be hitting a constant 75fps+ which means developers need to deeply understand (and enjoy!!) optimising code.

Okay, so what should I do with this information?

Our strongest recommendation is to do some research before selecting your VR development partner, much as you would before employing a new member of staff, asking a builder to extend your property, or as seems to be in vogue right now – employing the services of a tattoo artist; seek assurances by viewing examples of their previous work.

If you’d like to learn more about virtual and augmented applications, please get in touch with our team.